The Holy Grail: One man’s search for the Garden of Allah Hotel scale model

Indiana Jones had his Lost Ark.
Ponce de Leon had his Fountain of Youth.
Sam Spade had his Maltese Falcon.

And I, too, have been on the search for my own personal Holy Grail.

At this point (October 2013) I’ve been reading, researching and writing about Alla Nazimova’s Garden of Allah Hotel on Sunset Boulevard for eight years. The very first book I picked up was “The Garden of Allah” by gossip columnist Sheilah Graham who spent some time there, mainly during her relationship with Garden of Allah resident, F. Scott Fitzgerald, in the late 1930s. The cover of her book features a photo of not the hotel itself, but a scale model. Somewhere in her book, Graham mentioned that when the hotel was razed and a mini mall was built on the site, a scale model of the Garden of Allah was made and placed in the foyer of the bank that sits there now.

Although I figured it was unlikely that something as fragile as a model still existed all these years later (the hotel closed in August of 1959), I hoped that perhaps someone recognized its value and kept it safe. From time to time, I’d hear stories—I started to think of them more as ‘urban legends’—about the model. Like how the bank did a renovation and, no longer knowing (or caring) what the model was of, planned to throw it out. I’d also hear how one of the tenants in the mall took it and had it on display in their store. Sometimes, I’d hear that the tenant retired or moved away and took the model with him. Or threw it out. Or gave it to someone else.

A video of it popped up online a while ago so I knew it still existed. Then it was offered up in some strange sort of private auction for an outrageous starting price. When I contacted the seller about its current whereabouts and condition, I’d get a couple of vague answers and then nothing.

Recently, I was surfing around some of the West Hollywood community websites—they occasionally do stories on the Garden of Allah Hotel—when I came across a comment posted by one of the readers saying, in effect, “Oh, and by the way, if anybody’s interested, I have the model.”

My head spun around fast enough to make Linda Blair flip out when I saw the reader included his email address. By the end of that same day, he and I exchanged several emails. He was more than happy for both Jon Ponder (from Playground To The Stars and Alla Nazimova Society) and I to drop by and see the model for ourselves.

It was quite a thrill. Not only to finally get to see the model, but to find it in such a well-preserved state. The guy said that when it sat in the bank, there was no cover on it so when he brought it home, he spent countless hours carefully cleaning it with Q-tips. The wiring still worked, but he needed to replace about 75% of the bulbs. He also mounted it on a table and custom-built a glass cover. And there it sat, in all its glory my Holy Grail.

And you can bet I had my camera at the ready! 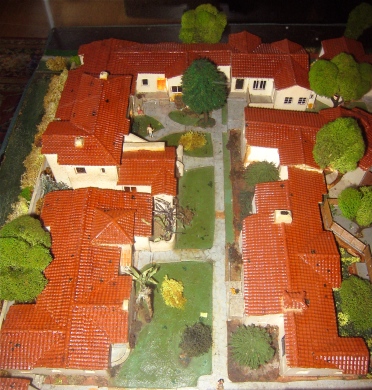 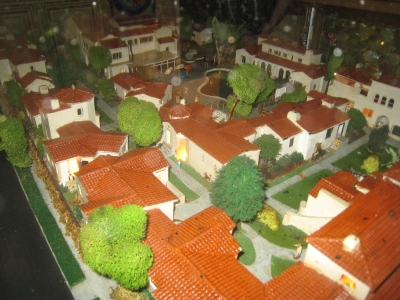 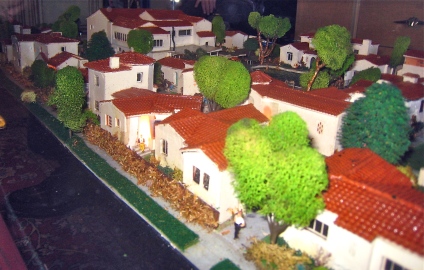 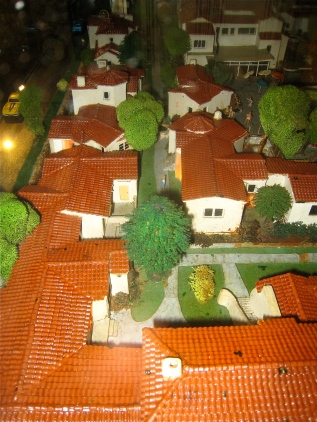 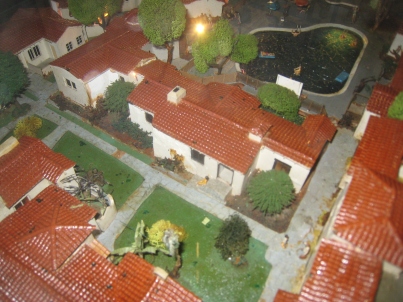 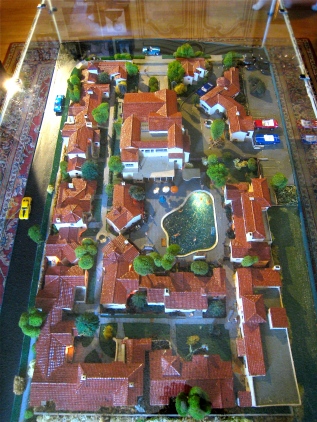 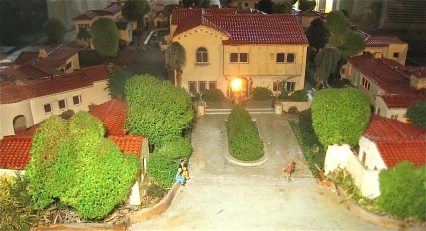 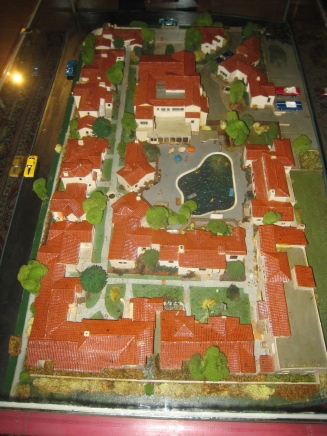 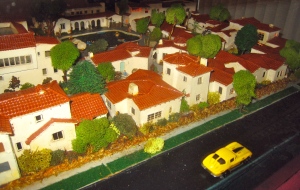 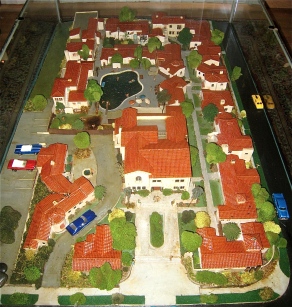 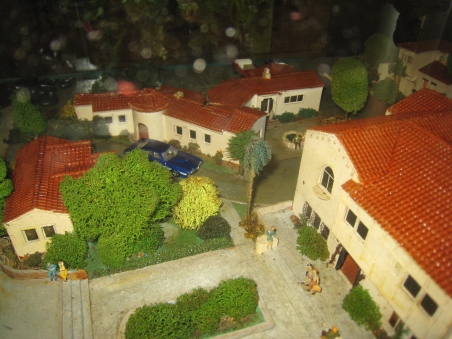 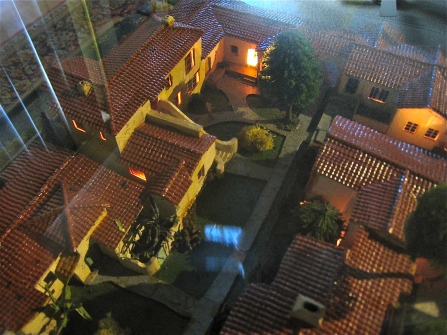 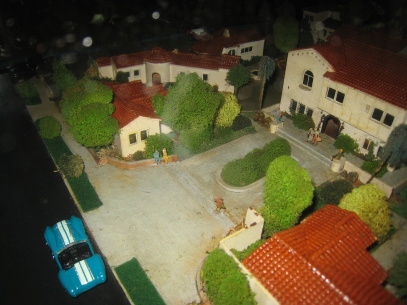 So, the lesson here is to take your urban legends seriously and never give up the search for your own Holy Grail.

Connect with Martin Turnbull on:

56 Responses to The Holy Grail: One man’s search for the Garden of Allah Hotel scale model